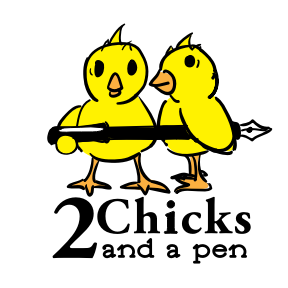 I’m finally getting a chance to write about my Covid vaccines. This post is delayed on purpose as to not disclose the date of my shots due to so much controversy over the subject. I can say I’m fully vaccinated until my time is called for a booster.

I don’t get the flu shot and I generally hate medicine In general. Nonetheless I received the Moderna vaccine 1 and 2 respectively. Both had different impacts for me. Shot 1 upon entry hurt with the feeling a burn and pinch. My arm was sore to lift for a day or two and I had a headache. Business as usual for the most part after 12-24 hours.

Shot 2 was bit different. It didn’t hurt at all going in but when I got to the car it hit me. Something was in my body and I felt it. Very hard to explain other than saying I was cloudy. I felt an aura of sorts.
I immediately got something to eat to make sure I had a full tummy. Surprisingly I didn’t eat much. I went home to catch up on some emails before I would think the shot would impact me cognitively. Oops I was wrong.

Boy was I wrong. I sent emails from the wrong account. I transposed numbers. Even when I realized my error I did it again. And again. At that point I turned of technology for a couple of days. Pumped the Tylenol for the headache and binged watched Netflix.

Completely out of character for me to sit idle for so long but it was just what my body and mind needed to clear the fog. I had a panic attack one morning over damn spiders. That wasn’t fun at all and it was a first as well. I left my dogs In the yard a moment too long and they had a dance party in a mud puddle. That was fun too.

All in all I did nothing for a few days but everything I did touched seemed to be one hot mess after another. Not sure what other people’s reactions have been because I just don’t ask people but I figured I’d journal my tidbits for others who may be curious.

Meanwhile I am still going to be cautious for a day or two because of the cognitive blur I seemed to have been in for the past 48 hours or so. Hopefully I’m out of the symptoms stage so I can move on with life.
I almost forgot. I had a fever peak in and out in the first 24 hours. Tylenol and herbal tea for the win to combat those symptoms. I had insomnia as well. That just made my days longer and harder.
Off to think about something other than my shot.