Chick 2’s Turn to Chime In:

I’m jumping on the macro bandwagon for different reasons.  Since the start of 2018 I’ve spent a few months on keto and a few months trying to “eat clean” focusing on upping my vegetables and protein while staying away from processed foods.  Both approaches brought success in their own ways, but after a time I stalled out, got bored, figured out how to game each system, missed ______ (bread, chips, tacos, tortillas, ice cream, brownies, insert whatever craving-of-the-week hit) a lot, and decided it was time to change again.

I first heard the word “macros” from one of my CrossFit coaches.  It didn’t take long until I was hearing it two or three times a week.  After seeing several friends achieve good results using it, I decided to give it a try.

It’s only been a few days, but here are my impressions so far.

-Tracking is a challenge to get used to, especially if you are serious about measuring your amounts (using a food scale, etc.), which you need to be. Neither of my previous plans required this.

-I have only eaten significant carbs (other than veggies or fruits on my clean eating plan) occasionally in the past 8 months.  I do feel myself wanting to gorge myself once I have some carbs, like rice, pizza crust, etc.  I hope this changes.

-It is HARD to balance it all. Examples:

Day 1: I ended up with some carbs and lots of protein left.  I had no idea what to do so I just gave up and decided to try again the next day.

Day 2: I ate well at work.  I have gotten really good at meal prep this year, packing for work for the week every Sunday.  Then I usually just eat dinner at home. But on this day I ended up going from work to the gym to watching my daughter play sports until late and ended up consuming 900+ calories after 8pm.  24 chicken nuggets, one honey mustard sauce, and a drink. You’d think this was a mega-cheat but it wasn’t.  I played with food combinations between games, etc. and that was all I could come up with, but I hit my macro counts almost perfectly for the day.  Still, as I told my daughter, the 24th nugget isn’t nearly as tasty as the first one. This was a “trust the process” moment, since everything in me said that eating 24 chicken nuggets was NOT a weight loss move. (I had many of these moments during keto as well.) But, I did it.

Day 3: Today I decided to eat the Chick-Fil-a meal that was offered to me at school midday, hoping to break calories up more evenly. Then I ended up way short on fat and carbs for the rest of the day (mainly due to the waffle chips I ate.)  It was a struggle to get nearly enough protein to get close to the right number.  I was hungry most of the day even though I ate more than my allotted calories, and in the wrong macro categories on top of that.

I am trying to be patient but at times that doesn’t feel so good.  On my previous diets I had go-tos that I knew I could eat if I was hungry.  I haven’t figured that out yet on this plan.  This particular group does not offer meal plans but I can see why they get asked so often to provide them.  It takes time to figure out what works.  On keto I did spend time reading labels to understand carbs, etc.  The second diet was easier to follow, just making vegetables the foundation of my diet.

This one has freedom over what you can eat but the amounts and the overall daily mix creep up on you.  It’s a lot to manage.  The best approach has been to plan the entire day in advance, but I’ve also realized just how often I am offered food unexpectedly (especially at work!) or that things often just don’t go according to plan.  In some ways this way of eating does seem like an approach you can use for life. I do want tacos and chips and all ice cream, but I know I can’t have them in unlimited amounts or every day if I want to be healthy.  I’m committed to figuring it out and seeing if I can achieve my goals.

I have had bad days and better days so far, but I am getting used to it.  I realize I have to be intentional from early in the day to get my protein in, so I shopped with that in mind. More to come in the next update. 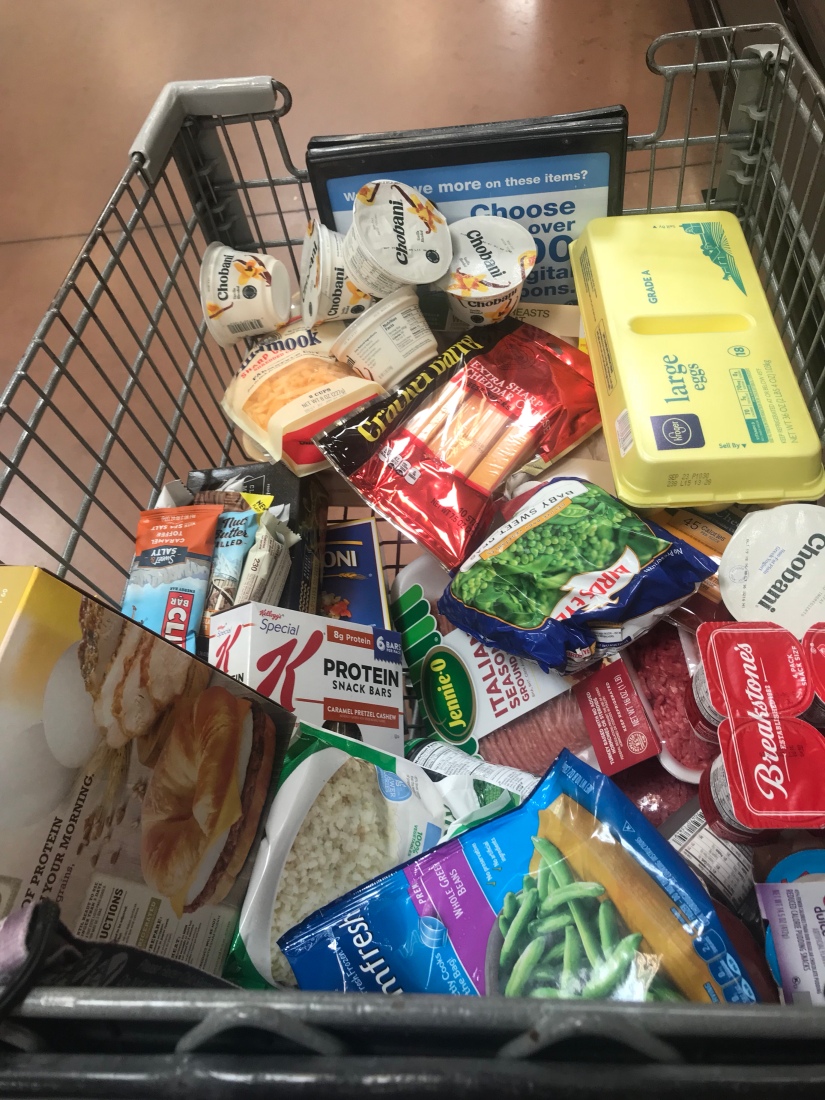